Ceramicist Susan O’Byrne writes about her collaboration with jeweller Mengnan Qu in Halifax, Nova Scotia and their decision to create new work using artifact forms from the Silk Road to reflect their interest in understanding their work through their own contemporary cultural exchange and experimentation with materials.

This blog is part of a series by the Scottish makers participating in a programme of residencies with makers in Mexico, Thailand and Canada as part of the AAS international exchange project to create new work on the themes of identity and sustainability for an exhibition, Meet Make Collaborate.

In recent years I have focused heavily on the surfaces of my work, and have attempted to explore the influence of diverse craft traditions in these surfaces. The intimate knowledge, patience, response to and treatment of material: the relationship a maker has with their process has been influential on this development.

For this reason, the prospect of working so closely on this project with a highly accomplished maker from a different country was intensely exciting for me. Having never collaborated before, I was thrilled to have the opportunity to observe another’s practice and open my own to the unexpected possibilities it might suggest.

I was delighted to be paired with Mengnan Qu. Mengnan is an artist/ jeweller originally from Nanjing but based in Halifax, Nova Scotia with an encyclopedic knowledge of materials and processes. Her practice utilises many traditional metalsmithing techniques in addition to ceramics, lacquer-work, mixed media and digital technology. Her work often references her childhood and her identity as a Chinese migrant to Canada.

Mengnan and I met in Canada, on the Shift residency. We spent much time there chatting and becoming familiar with one another’s practices. During this time, we had the exciting opportunity to share a studio in the wonderful Nscad ceramics department for one week, where I was also invited to give a short lecture and demonstration to the students. The department staff were exceptionally helpful, providing us with all the space, facilities and materials we needed. Together, we mixed clay, printed with paper-clay slip and stencils, experimented with Keraflex porcelain and ceramic transfers and created some metal enamel samples. We also toured the jewellery department of Nscad where Mengnan teaches, and Mengnan demonstrated her lacquer work techniques and Chinese tassel making for me. We also had the opportunity to go for some delicious local meals and take a day’s road trip to see some of the beautiful Nova Scotia shoreline.

Mengnan and I quickly identified the commonalities within our practices. Highly motivated by material, technique and creating new ways of using various craft processes, we are also both interested in storytelling, our work largely speaking of our own journeys and identities. While Mengnan teaches in both China and Canada, and often exhibits her work in Europe she is also interested in aesthetic and perception differences between the East and West. I have long been interested in Chinese pattern, its appropriation through the centuries by the West and the influence various cultures have had on changing taste in textiles and design through time.

We decided therefore to allow these interests to lead our collaboration and choose to use ideas of artistic exchange and “The Silk Road” to inform this project. As international trade routes linking China and East Asia to Europe from the 2nd century BC the Silk Road/ Roads were highly influential on culture. With the exchange of objects along the Silk roads, powerful influences and advances in technology, craft and aesthetics were brought to these regions over millennia.

Mengnan and I have been meeting almost weekly on Skype since early February 2020. Initially we dedicated the months of February and March to experimentation with new materials. During this time, we have traded recipes, books, tutorials and other resources. Mengnan’s investigations have been in the use of printed paper porcelain and jewellery enamel on porcelain. I was interested in finding ways ways to incorporate Cloisonné enamelling techniques into porcelain as well as the use of gold and the development of a latex based clay recipe similar to the Karaflex used by Mengnan in her work (tests 1-6 pictured below).

Mengnan and I now propose to create two individual bodies of work for the exhibition based on Cong and Bi forms. Cong and Bi are both Chinese artifact forms usually made of Jade. The earliest of these objects were produced in 3400-2250 BC (the second to the third dynasty in Chinese history). The exact purpose of these forms remains uncertain but the Cong is considered to be a symbol of the earth and sky while Bi represent the sky, heavens or the world. Like the Silk Road, the Cong and Bi represent a quest for an understanding of the world. We chose these forms (likely to have been traded during the earliest days of cultural exchange on the Silk Road) to not only honour traditional beliefs but to reflect our interest in understanding the world through our own contemporary cultural exchange and this collaboration.

The works we are making will incorporate elements of technique and material discovered as a direct result of our work together. Mengnan has chosen to make a series of wall hung decorated porcelain sculptural forms derived from Cong artifacts for the exhibition. These works will evoke carrying vessels and incorporate an object or a relic of an object stored within its cavity as if for transport. My own experiments in creating a latex clay recipe have opened up some new possibilities in pattern making and construction, which I intend to exploit in five wall hung “Bi” forms.

It has been an amazing experience to work directly with another artist, and an honour to become familiar with Mangan’s practice. Exchanging ideas at a distance has not had many disadvantages for our project, and we were able to meet virtually despite Covid restrictions.

One challenge to this project has been the restricted access to my studio during the Covid pandemic, and not having the usual materials and tools at hand. Restrictions and limitations can sometimes offer exciting challenges however, which in turn can present new possibilities otherwise potentially overlooked. I would highly recommend this type of collaboration to any artist. It has not only offered a serendipitous influence on my own practice, renewed inspiration for new work and development but also enabled me to make many new friends and connections at home and in Canada. 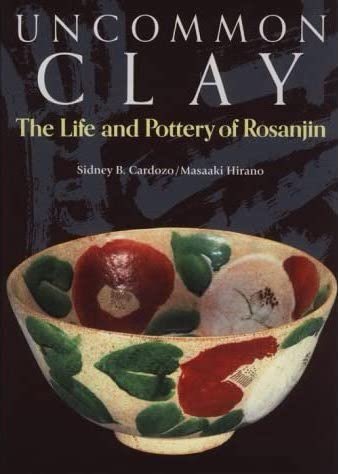